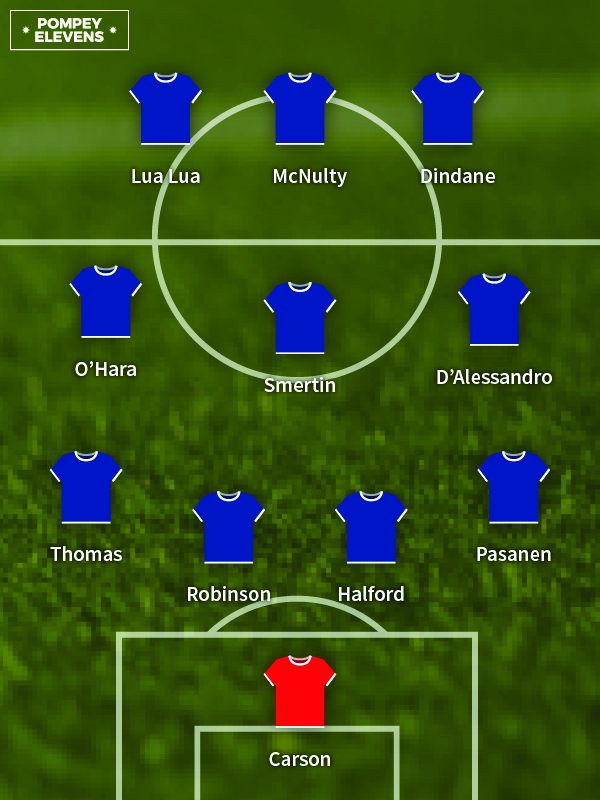 It’s a case of have gloves will travel for the dependable Irish stopper Carson who’d been out on loan to half a dozen lower league sides before joining Pompey at the outset of the 2013-14 season.

Harry Redknapp brought in the Finnish international from Ajax for a season-long loan in 2002-03. He went on to play Champions League football for Werder Bremen and appeared in the 2009 UEFA Cup final.

The long-limbed, long-throw merchant joined Pompey from Wolves on a month’s loan in October 2010 and ended up staying the season. Halford left the Blues to go to Forest and ending up playing for them as a striker. Currently unattached.

Milwall stalwart Robinson joined on loan in August 2014 and his committed presence added much-needed steel to the back four. Robbo made captain after his loan deal was made permanent, but didn’t survive Paul Cook’s pre-season cull. Now back with us as a coach.

Thomas remains forever in football legend for scoring the winning goal to secure a league title. Sadly, it was for his parent club, Arsenal, who loaned him out to Pompey for a short spell at the start of his career where he turned out as an energetic left-back. 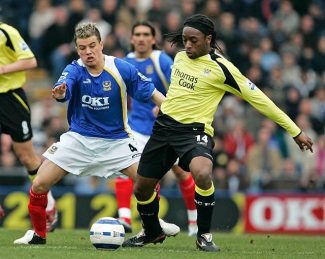 The diminutive Argentine midfield playmaker is Pompey’s best ever loan signing. His dazzling skills were instrumental in the Blues improbable survival in the Premiership (2005-06). His goal against Charlton away that season is a thing of rare beauty.

Siberian Smertin was signed by Chelsea from Bordeaux in 2003 and duly joined the Blues’ on a season long loan two days later. Alexei went on to win the Premiership with Chelsea before venturing into the murky world of Russian politics.

A tidy yet inventive midfielder with a wand of a left foot, O’Hara’s classy displays in a Pompey shirt earned him many admirers on the Fratton Park terraces and the Player of the Season award in 2009-10. His career has been on the slide ever since.

Pompey picked up the lightning-heeled Ivorian striker on loan from Lens in August 2009. He bagged his first Premier League goal as part of a hat-trick in the 4–0 win over Wigan. Getting him on the pitch suddenly became problematic when any more appearances meant triggered a contract clause the club couldn't afford. However, negotiations allowed him to play in that season's FA Cup run with him memorably winning a penalty in the semi-final win against Spurs.

Pompey has a long history of taking goal-shy strikers on loan. Milan Baros, anyone? Sharp-shooting Scot Sparky McNulty was a notable exception, a poacher supreme, the Sheffield United loanee notched 10 league goals in 27 appearances. Now in the Championship with Reading after a successful spell at Coventry.

The spring-heeled striker joined Pompey on a three-month loan deal from Newcastle in 2004. His vital goals pulled the Blues out of the relegation zone and into lower mid-table semi-respectability. During his loan spell he scored an 89th minute leveller in a 1-1 draw with his parent club – which all but sealed his move to Fratton Park the following season.