These days we get linked to unknown cloggers from the non-league, but there was a time when we were regularly vying for the signature of world-class footballers. They never signed but it was nice to be associated 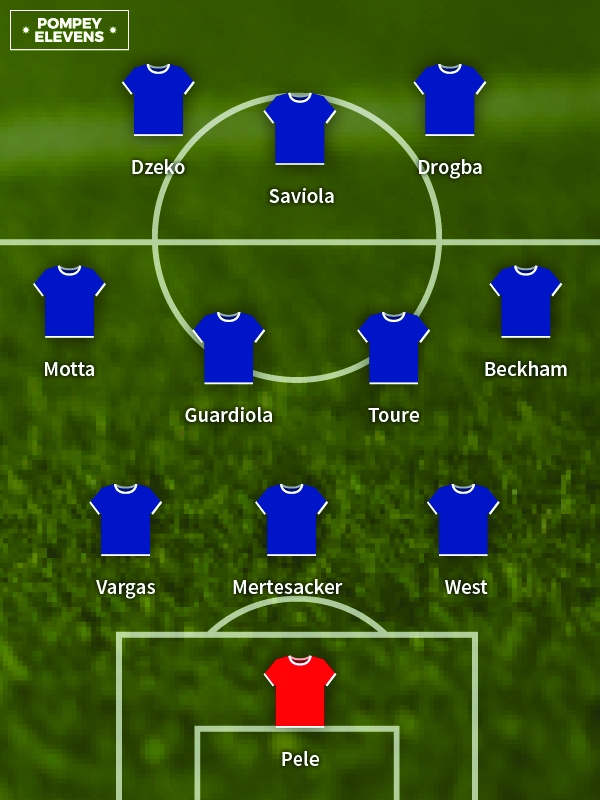 The towering Pele is coming toward the end of his playing career, but he was a mainstay for Marseille during their 2016/17 campaign and kept more clean sheets than any other keeper in Europe. But back in the summer of 2009, after being linked with Man United and Arsenal, he was reportedly Pompey's number one transfer target. Funnily enough, at the start of the 2018/19 season he is being linked with Leeds United. What did he do to deserve that?

Back in 2004, and with Pompey mathematically safe after a topsy-turvy first season in the Premiership, Harry Redknapp was already planning for our second top-flight campaign. One of the names on his list, needless to say there were thousands, was Nigeria's defensive hardman Taribo West (who had also impressed the season before at Fratton Park, but the move broke down). Down on his luck, West made five appearances for Plymouth in 2005.

The German beanpole was linked to a move to Pompey on a couple of occasions before his eventual migration to the Emirates. Harry was interested in the lanky stopper in 2008, while Tony Adams had him on his wish list as a replacement for Sol Campbell. He may have won the World Cup, but we're guessing thatn missing out on a regular gig at Fratton Park must be a huge regret.

Back in August 2006 the Peruvian defender, nickname 'El Loco', was in talks with Pompey about a £1.6m move from Argentine side Colon de Sante Fe and was even spotted at the Blues' Eastleigh training ground. No deal could be reached and Vargas moved to Italian side Catania, before establishing himself at Fiorentina.

Mr Spice may have played for Man Utd, Real Madrid, PSG and AC Milan, but one name was missing off of his impressive club CV and Harry Redknapp believed he was the man to right that wrong. "He is a terrific player. I haven't made an inquiry but maybe I will do. David wants to play football, he is still in great nick. He would be a good loan signing. I would take him for sure," said our deluded manager in October 2008.

Before the money ran out, Tony Adams' ambition in the transfer market knew no bounds. "Once before a game, Peter Storrie came to me and said we could get Yaya Toure for £75,000 a week. No disrespect to Hayden Mullins, who arrived a few months later instead, but I was definitely having that!" Of course, as it transpired, we didn't have that.

The Brazilian-born Italian international hung his boots up at Paris Saint Germain at the end of the 2017/18 season after 200 plus games and a cabinet full of trophies. It could have turned out differently had Harry moved for the PSG legend after giving him a trial in a behind-closed-doors friendly against Sunderland. We won 1-0; but who scored the goal triv fans? 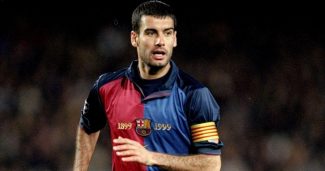 According to his agent, Pep Guardiola, yes, that Pep Guardiola, was considering pulling on a Pompey shirt in 2005 when Velimir Zajec, yes, that Velimir Zajec, was manager. Sharkey blabbed to a tabloid: "I was desperately trying to get a deal done and said Pep could do some coaching for Portsmouth as well as he’s such a great football guy." Chances are he may even have got into the first team squad as cover for Nigel Quashie.

Frustrated with life on the bench at Real Madrid, the Argentine superstar striker (nickname 'the little rabbit') was almost prepared to swap the Bernabeu for the bright lights of Fratton in what was very nearly a sensational loan move in 2009. As it turned out he opted for Benfica instead. His loss...

After being highly impressed with the big Ivorian on a scouting trip to Guincamp, Harry Redknapp was keen to sign Didier Drogba and partner him up front with Yakubu (can you imagine?). Sadly, the £3.5m purchase wasn't sanctioned by the powers that be and Teddy Sheringham was signed on a free instead. Drogba went to Marseille and then onto Chelsea for a cool £24m.

After powering Wolfsburg to a 3-2 win against Pompey in the UEFA Cup, the Bosnian international was lined up by Tony Adams as a replacement for the departing Jermain Defoe. An £8m transfer fee was mentioned, but the coffers were checked and it was discovered we were missing a pot to piss in. Now at Roma, Dzeko continues to bang them in.