We've got more warped Rumours than a secondhand record shop. So, who's been linked to join us so far this summer? 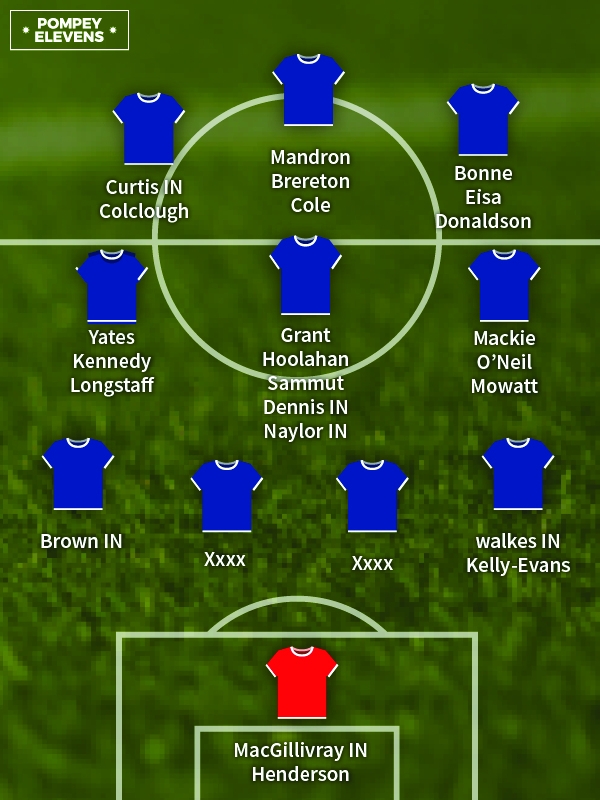 The Shrewsbury keeper lost his place in the starting line-up last season to a Manchester United loanee and now, despite the offer of a new contract, looks set to leave Gay Meadow and enter a fight for a first team place at Pompey with the incumbent Luke McGee.

As loan spells go it wasn't the most auspicious, as returning keeper Henderson was forced to leave the pitch through injury with five minutes to go in his first match back. The damage done to his thigh was enough to rule him out for the rest of the season, but not enough to rule him out of Kenny Jackett's thinking entirely.

The Spurs youngster has shown bags of potential during his loan move with the promise of much more to come. Nominally a right-back he has shown composure in a withdrawn midfield role operating just in front of the back four. All the signs are that he would be a more than useful addition to the first team squad. The signs are promising.

Gossip has it that former Coventry youngster Kelly-Evans (pretty sure I went to school with her) is being lined up as one for the future by the management team.With the club not exactly brimming with right backs there might be some credence in the rumour... then again, as Mark Lawrenson would say, "and there might not'.

Okay, it's not the staunchest of sources but the Bristol Rovers' message boards are putting two and two together (which is advanced mathematics for some of them) and coming up with Lee Brown to Portsmouth. The talismanic left-back has already announced he is going to leave the Gas this summer, but the actual destination is currently unconfirmed. Cold water has already been poured on this rumour by Kenny Jackett: ‘I do know who you mean, he played against us.' As it happens, turns out, it was all true.

The Chelsea Scottish Under-21 starlet has been training with the Blues ahead of what is hoped may lead to a summer move. Sammut has been in the Blues academy since he was a nipper and won a host of silverware, including the Uefa Youth League and FA Youth Cup. But his chances of breaking into the senior squad are highly unlikely, so a move to the south coast could be on the cards.

After over 300 games for Norwich the 'Irish Messi' is moving on and one potential destination is Fratton Park. His proven ability to unlock tight defences could prove to be a vital asset, though question marks remain over his age (he's getting on, 36) and the club's ability to pay his wage.

The all-action forward remains a firm favourite at QPR but a close season shake up at the club means a farewell to the Mac. The 32-year-old is no Prosinecki on the ball and bridges the skills gap with determination and work rate. His body has creaked during his second spell at Loftus Road, however, a  fit and functioning Mackie would have something to offer the Fratton Faithful.

Grant came through the youth ranks at Chelsea and made one appearance for the Stamford Bridge club before being permanently shipped out to Southend in 2008. Since then the 31-year-old has turned out for a number of clubs and is currently deemed surplus to requirements at Peterborough. The source of his link to Pompey was via a quote from Barry Fry, which doesn't add much to there being any truth behind the rumour.

A hard-working and consistent performer during the Premiership years, Gaz O'Neil needs no introduction to the Fratton faithful. Currently on a free after being released by Bristol City, a renunion is clearly a romantic notion but is quite possibly not one that fits in with the pragmatic Kenny Jackett's plans. You've got to love him though.

After a 100 or so games for Leeds and a spell at Barnsely, Mowatt found himself on loan at Oxford United last season. A televised Pompey home game saw the midfielder miss a penalty and then get sent off after slapping an unsympathetic Nathan Thompson round the chops in the aftermath. It swung the game. We certainly owe him one, whether that equates to a full contract is another thing. Probably a dodgy source, but fun to have him linked, if nothing else.

Such is Pompey's pulling power that the powerful midfielder turned down both the offer of a contract extension at Burton Albion and the chance to turn out for Sunderland in order to sign on for the Blues. Naylor played a a central defender last season at the Pirelli Stadium under Nigel Clough, but has been pencilled in as a centre of the park enforcer by Kenny Jackett.

Having impressed hugely during loan spells at Notts County and Shrewsbury the young Nottingham Forest midfielder has found himself in demand. Pompey, quite possibly under the auspices of new first team coach Jake Wigley, were one of a number of clubs sniffing around Yates as a potential recruit.

After a successful spell at Blackpool last campaign, the highly-rated Newcastle youngster Sean Longstaff has been heavily linked with a loan move to the sunny south coast. All of a sudden the competition for midfield slots is hotting up, so whether his arrival is essential is up for debate - but if he could match his previous tally of nine goals from the middle of the park then he'd would be more than welcome. 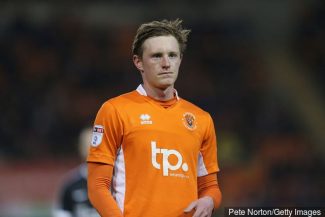 Based on his sparkling performances at the beginning of last season the talented Scot would be dead cert to turn his loan from Cardiff into a permanent deal. But an untimely ankle injury resulted in a second half of the season dip in form and a loss of favour from the manager.

The Wigan winger has been linked as part of a package deal along with Devante Cole (see below). On 21 November 2017, after scoring twice against Doncaster, he was substituted after receiving an agreed upon signal from his dad in the stands, he rushed to hospital where his wife gave birth to their second child. So if Mrs C is knocked up again he might be worth signing on loan around the time the baby is due.

National League side Bromley's loss proved to be Pompey's gain as the little known 25-year-old Louis Dennis signed on the dotted line of a two-year contract. His signing came as a surprise to many and was significantly gossip free.

The Blues are looking to conduct their transfer business early and flying left-winger Ronan Curtis is already appearing on the radar. The Derry City man is a member of the Republic's U21-side and possesses bags of potential. Kenny Jackett remains double negative about the player: ‘I wouldn’t say I don’t know who he is.'

England U19 international Brereton currently plies his trade at Nottingham Forest and has already made over 50 first team appearances scoring eight goals. Rumour has it that Forest may be open to the young striker going out on loan for more first team experience and Fratton Park is one of those potential destinations.

The Colchester United target man had a moderately successful first season with the Us and found the target 10 times in the league. Now the big Frenchman is being linked with a move away from the JobServe Community Stadium, probably on the basis of its name alone, and Pompey is one of them.

The Bradford-born striker has been released by Sheffield United after a season and has been tentatively linked via one dodgy source or another with a move to the Blues. Now 34, age is not on his side in terms of a long-tern contract, but his goalscoring record suggests he could do a pretty decent short-term job.

Mo Eisa ABSOLUTELY NOT IN

The Khartoum-born striker knocked in 20 for Cheltenham Town this season and finished as Div 2's joint top-scorer with a certain Sparky McNulty. His performances have certainly raised his profile and Pompey are one of the club's said to be circling overhead for his signing. The Cheltenham chairman has been quoted as saying that Mo won't be sold cheaply, so if we want an Eisa we better start saving.

Paul Cook has deemed the  Wigan striker surplus to requirements at the DW Stadium and he is being strongly linked to join Kenny Jackett's first team squad. If he was to make the move down south he would form part of a rare father & son club to represent the Blues following in the footsteps of Nick and Andy Awford. The George and Liam Lawrence familial connection was proved to be unfounded.

If Pompey can bag another hidden gem anywhere near the quality of Jamal Lowe from the lower leagues then we'd all be dancing in the streets. Bonne comes from Zimbabwe, like another former Blues hitman (so he already has a terrace chant waiting for him), and bagged 20 goals last season for Leyton Orient.