Many home fans have been driven to drink after a game at Fratton Park, these former players may even have served them 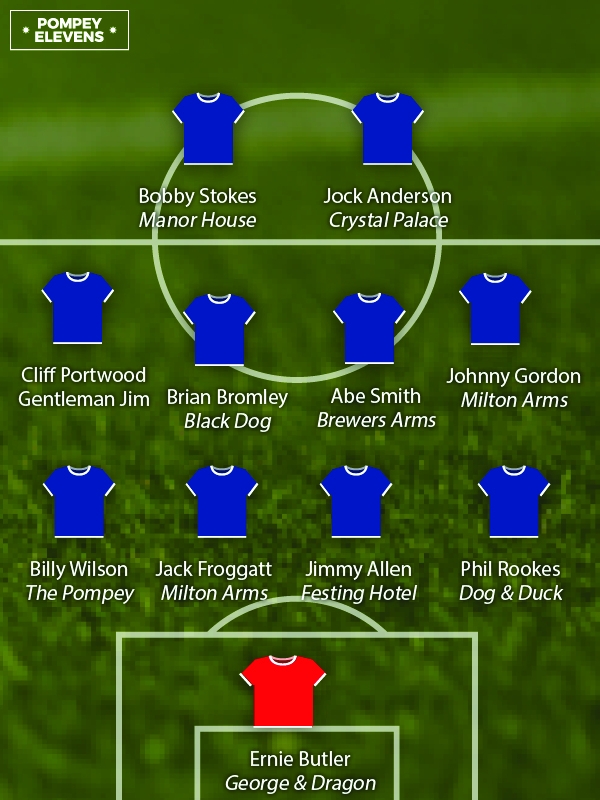 Pompey’s multi-league winning keeper retired in 1952 when an irreparable wrist injury forced him out of the game at the age of 33. Initially he swapped shot-stopping for a greengrocers in Meon Road. He moved on to pulling pints in the George and Dragon on Kingston Road.

When Wilson finally hung up his boots in 1979 the long-serving full-back didn’t have to spend a fortune on relocation expenses, as his place of work shifted from Fratton Park to the Pompey pub just outside it.

Reports of Jimmy Allen’s death after the 1934 FA Cup final were much exaggerated, as the talented defender used to run the Festing Hotel after his retirement from the game.

Jolly Jack is a Pompey legend and England international who, from outside left to centre half, could seemingly play anywhere on the pitch. In retirement he confined himself to one position – behind the bar at the Milton Arms.

Another member of the double championship-winning side to go into the licensing trade, Rookes ran The Anerley Arms before taking on the Dog and Duck in Fratton Road. Both boozers are sadly no longer with us.

The twinkle-toed winger is one of the more colourful characters to pull on a Pompey shirt. After retiring from the game he ended up, largely by accident, as a TV personality and recording artist in Australia. He even had a number one. When he returned to these shores Portwood became, fittingly, the landlord The Gentleman Jim pub in Alton.

After a swansong season in the Southern League turning out for Waterlooville, Bromley swapped pulling his opponent’s shirt to pulling pints. His first pub was the rough ‘n’ ready Black Dog in Arundel Street before he moved on to The White Hart.

Half-back Smith played for Pompey 78 times in the 1930s. He ended up as a publican serving booze to the regulars of the Brewers Arms on Milton Road; a former Gales Ales pub and regular haunt of the Pompey Elevens editorial team. 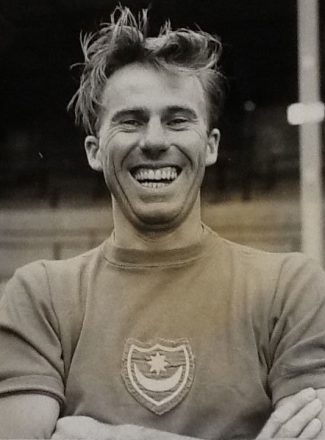 Local lad Gordon took over from Jack Froggatt as the licensee of the Milton Arms. Always on hand to serve a matchday pint or two, it’s a shame he was behind the bar and not still out there on the pitch. A Pompey great.

Paulsgrove boy Stokes is known for a fairly famous goal in a game that we forget for a team we’re not going to mention. He ended up running the Manor House in Drayton before working in a burger bar down on The Hard.

Pompey’s FA Cup triumph is 1939 owes a lot to Jock Anderson, who scored six goals on the road to Wembley and then bagged the second goal in the final - in a 4-1 victory against Wolves. The war cut short his playing career and he became landlord of the Crystal Palace pub in Fratton. The pub was demolished in 1972, just like Wolves in the final.