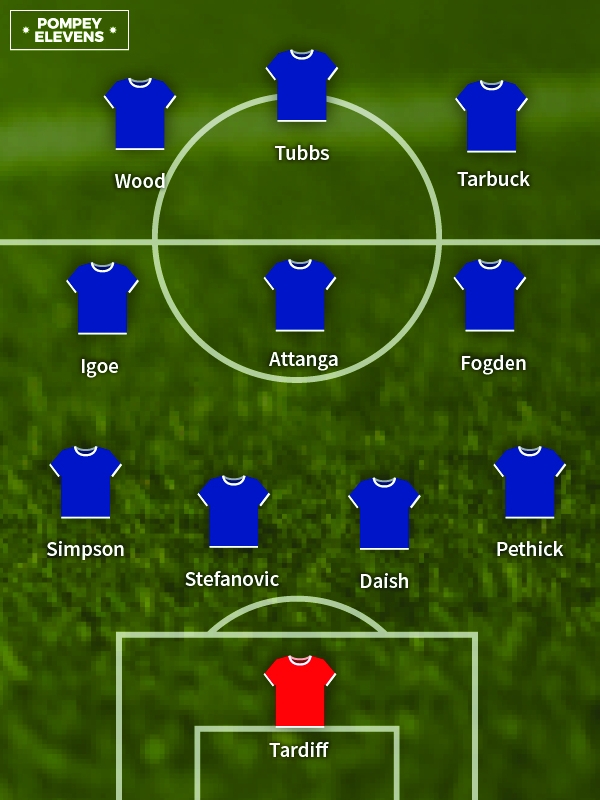 By virtue of ten more appearances across two brief loan spells, Chris Tardiff (13) stands between the sticks in the Hawks’ team ahead of Alan Knight (3). The Legend, on the other hand, wins the reverse challenge with 801 appearances versus five. Post-Pompey Guernsey-born Tardiff became a journeyman ‘have gloves will travel’ keeper, before settling down at his home self-governing dependency club.

After leaving Pompey the whole-hearted full-back turned out for Bristol Rovers and Brighton before playing alongside Steve Claridge at Weymouth. He joined the Hawks in 2004 making over 40 appearances in total before hanging up his boots in 2006.

Pompey-born Daish only made one appearance for his hometown club but became a fixture in the centre of defence for both Cambridge United and Birmingham City. Barry Fry was his manager at Brum and claimed hard nut Daish was the sort of player who, if he saw a double decker bus coming towards him, would head it away. A full international for the Republic, he made 120 appearances for the Hawks and was joint manager for a spell.

At the age of 20 the likeable centre-back was turning out for Red Star Belgrade and was a full international for Yugoslavia. His career among others took him to Sheffield Wednesday, Perugia, Vitesse Arnhem and, of course, Pompey – where he acquitted himself well in the Premier League. He completed his journey at the Hawks as a player-coach.

The Wiltshire-born Reggae Boy played for Hearts, Walsall, Telford United and Linfield before arriving at the Hawks. The left-sided player went on to make just over 30 appearances before shuffling off to Eastleigh where his career fizzled out.

The pocket rocket put in a strong shift for Pompey making 160 appearances and performing above and beyond in some crucial relegation scraps. He went on to play for Reading, Swindon, Bristol Rovers and Bournemouth before rocking up at the Hawks. He turned out 65 times scoring five times – needless to say none of them were towering far-post headers.

The ‘non-league Yaya’ is the exception on this team sheet as he is the only player that went from the Hawks to Pompey. He joined for an undisclosed fee in the summer of 2014 but couldn’t find a space for himself in Paul Cook’s squad and was moved on. Currently bossing it in the centre of Cheltenham’s midfield. 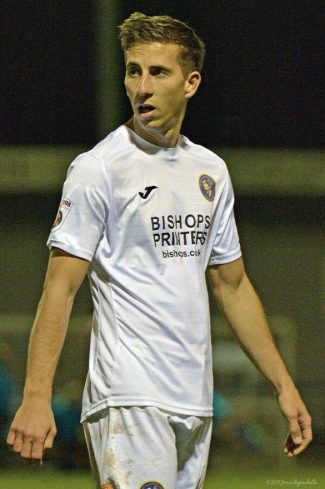 The metronic midfielder is still held in affection at Fratton Park but at Westleigh Park he is adored. Fogden first joined the Hawks in 2009 and quickly established himself as a firm fan favourite. He rejoined the club after spells at Bournemouth, Yeovil and, of course, Pompey. We wish him luck in the National League.

Emsworth-youngster Tarbuck had a successful youth career at Pompey but couldn’t quite hold down a first team place. After a spell at Dorchester Town he came back to his home region and is now a key member of Lee Bradbury’s side.

Despite a respectable goals per game ratio them in the season before, the Salisbury-born Tubbs was never part of Paul Cook’s masterplan and was soon shipped out on loan. He joined the Hawks in 2017 but played a peripheral part in the club’s promotion triumph last season and is now player-coach at Gosport Borough.

The attacking midfielder had two spells at Fratton Park (1982-87 & 1994-97) where his potential shone through but only in patches. The Teessider joined the Hawks in 1998 after a spell playing for Happy Valley AA (no, not the Sarah Lancashire cop drama) and went on to become a club legend. Wood’s enduring legacy being a long-range wonder strike against Burton Albion.

Many thanks to James Knibbs @Theknibbler for his original suggestion